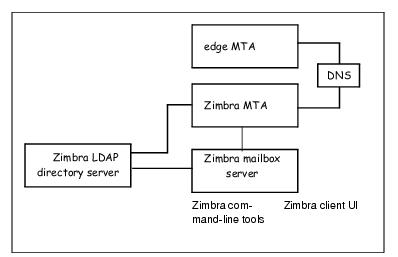 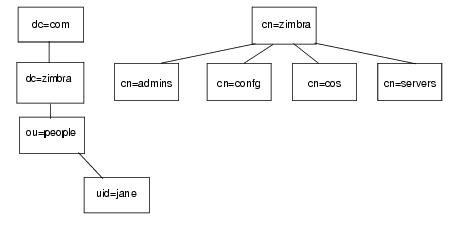 A Domains object represents an email domain such as ace.com or zink.org. A domain must exist before email addressed to users in that domain can be delivered. The object class name is zimbraDomain.

The Zimbra client can search the GAL. The GAL se arch returns a list of directory entries that match the user’s search.

Important: Do not use any LDAP browsers to change the Zimbra LDAP content.
Retrieved from "https://wiki.zimbra.com/index.php?title=Zimbra_Directory_Service_(LDAP)&oldid=2175"
Jump to: navigation, search